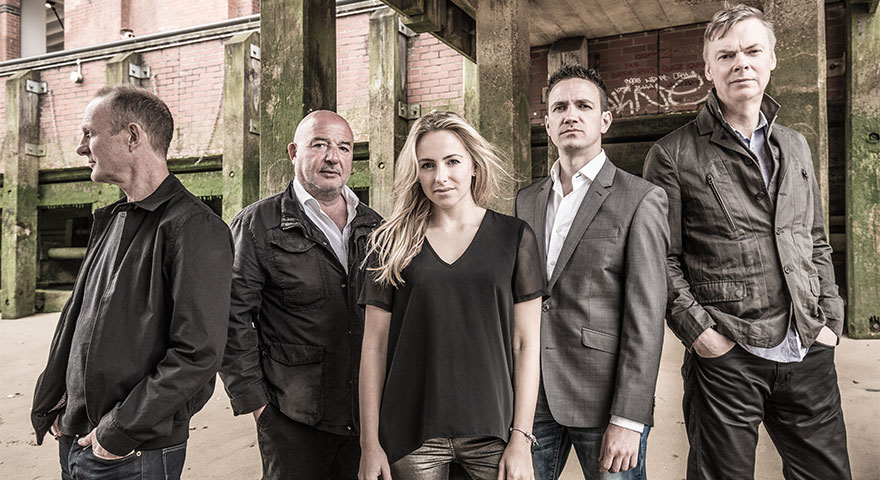 Acoustic Earth came together in 2010 as the result of Pete Walton and Andy Findon working together on the London stage show of Lord of the Rings. Amid the huge orchestral sounds in the show, quiet, reflective moments featuring Andy on ethnic flutes and Pete on acoustic guitar, inspired the idea for the original Acoustic Earth trio; an instrumental, world music group playing the ancient Irish folk melodies of Turlough Oâ€™Carolan.

On the 2010 CD Travelling Man, the trio of Pete, Andy and percussionist James Turner reworked these classic airs using pop and rock influences into a set of 14 tunes â€“ 7 Carolan melodies and 7 original compositions from Pete â€“ inspired by Carolanâ€™s melancholic muse and Brian Keenanâ€™s brilliant imagining ofÂ his life in the book Turlough.

A highlight of the bandâ€™s years as a world music trio was a collaboration with the London based orchestra Docklands Sinfonia. In a piece written by Pete called Slow Motion Sleeper, Acoustic Earth were the featured soloists in a concerto for flute, guitar, percussion and orchestra, premiered in London in July 2013.

2013 also saw the group expand from a trio and move towards a more singer/songwriter sound with the addition of Lorna Want on vocals and Rory McFarlane on bass. The subsequent EP, Head Over Heels, launched at The Forge in London in September 2013, showcased the new amalgam of pop and world music.

Amen, the new EP due out in April 2016, consolidates the move to singer/songwriter pop with a new found maturity in Peteâ€™s writing. The lead single Amen has already had extensive airplay on Internet radio and generated significant interest since itâ€™s pre-release debut on Soundcloud. The band will be showcasing the EP and more new material on gigs later in 2016.